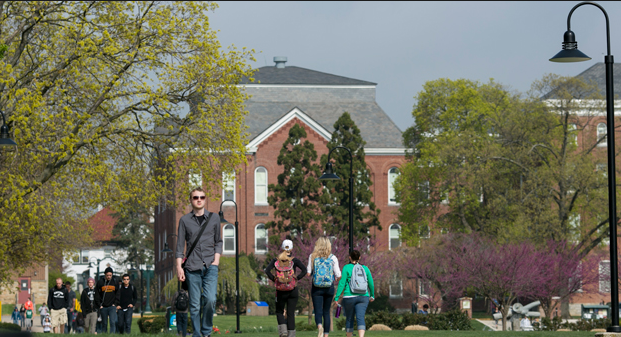 I am one of the fortunate ones who gets to observe the genesis of the student housing industry in Canada. I continue to meet new contacts all of which have the same conviction regarding Canadian student housing’s potential. I particularly enjoy meeting those who have experiences with or are educated about the U.S. student housing market and its players.

I recently spoke with a developer about his newly constructed, purpose-built student asset in Ottawa. – Beautiful asset by the way, 100% occupied with a waiting list in its first year of existence, which supports the hypothesis that Canadian students desire similar housing options that are available in the States and Europe.

As with most “getting to know you” conversations, both of us discussed our back grounds in the student business. Inevitably these conversations include “Do you know X? / Do you know Y?” It struck me that a common response of mine is always: “Yes I know him. We use to work together”.

As with with many of today’s student housing professionals, I am an alumni of GMH Capital Partners.  I spent most of the 2000’s at 10 Campus Boulevard, Newtown Square, Pennsylvania, the corporate headquarters of GMH. During that time, GMH Communities Trust was the largest owner of student housing in the nation with more than 60,000 beds. In early 2008, the GMH portfolio was sold to ACC for $1.4 billion dollars.

Since 2008, a core group of the GMH team remained. GMH is once again growing a portfolio which currently totals 3,595 beds in seven states. GMH has an additional pipeline of approximately 2,131 beds.*

TSB Realty (Paoli, PA) is a full service, national investment sales firm specializing in the valuation and disposition of student housing communities. Founded by TSB Capital Advisors’ Timothy Bradley and GMH alumni Austin Repetto in 2014, TSB has closed over $2 billion in student housing sales totaling more than 22,000 beds since its inception. TSB currently has 10 properties on the market totaling more than 4,000 beds.

A few alumni ventured even further and are now located in the above mentioned student housing meccas of Chicago and Austin, holding senior positions at some of the nation’s most well know student housing firms.

When I think of the GMH alumni network I am reminded of the “coaching tree” concept in the NFL.  The most well know coaching tree is that of Bill Walsh who’s disciples went on to be great or even legendary coaches in their own right. Gary Holloway is considered a student housing pioneer so it is no surprise that those who worked for him in the early days have gone on to become today’s decision makers who are tasked with overseeing the evolution and growth of the U.S. student housing industry. I am proud of the accomplishments of my former colleagues and happy that I still call them friends.

Click link below to see the GMH coaching tree.